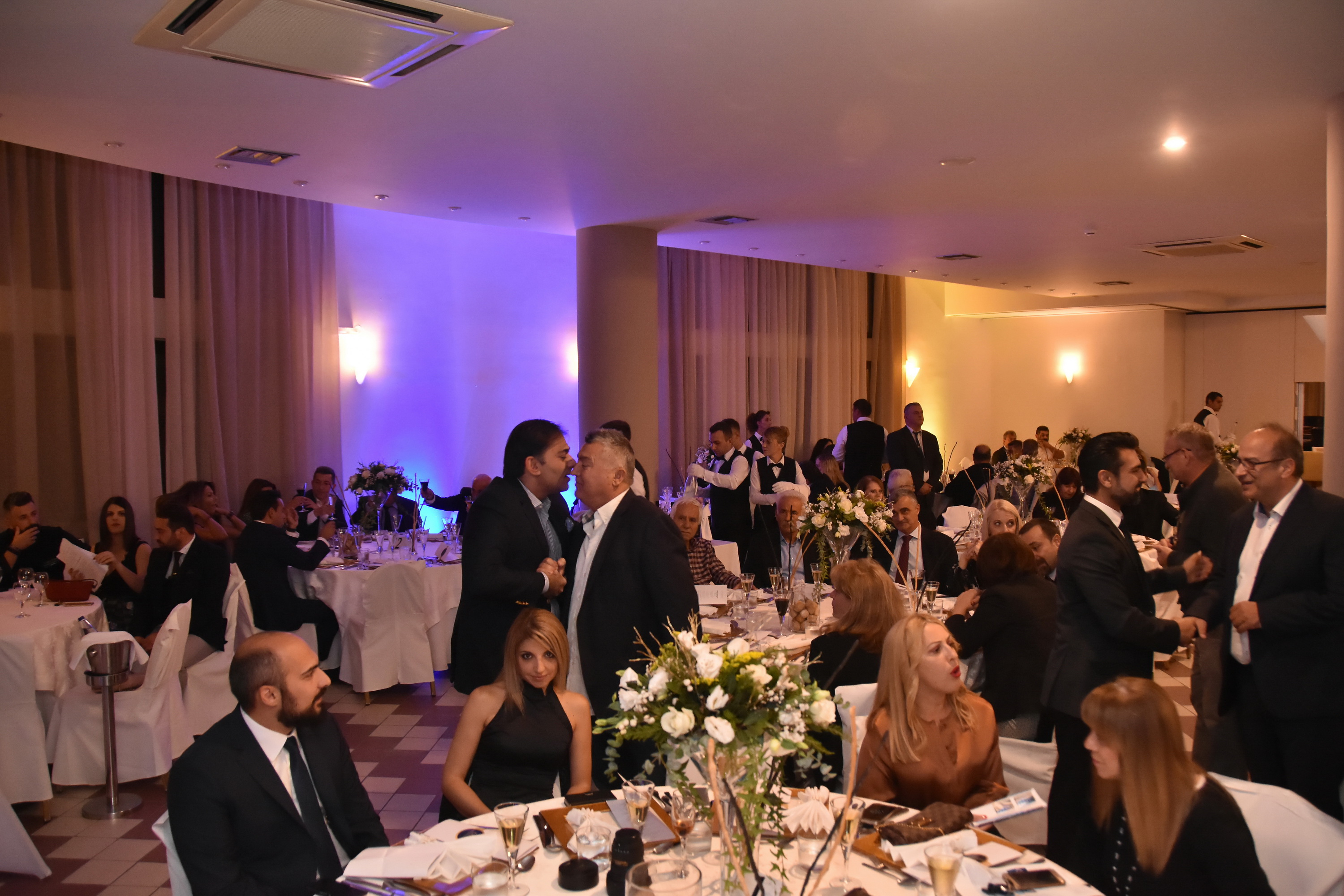 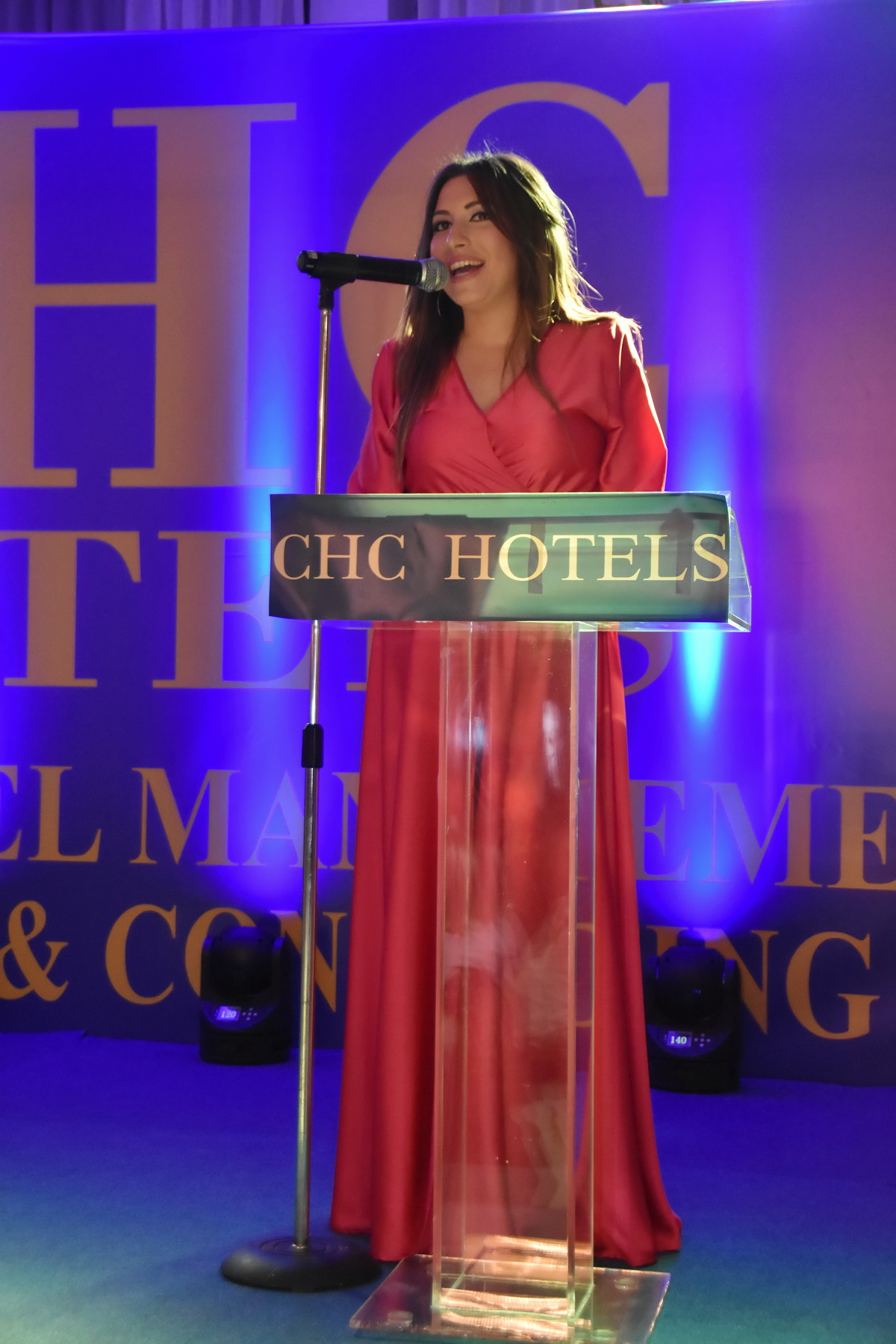 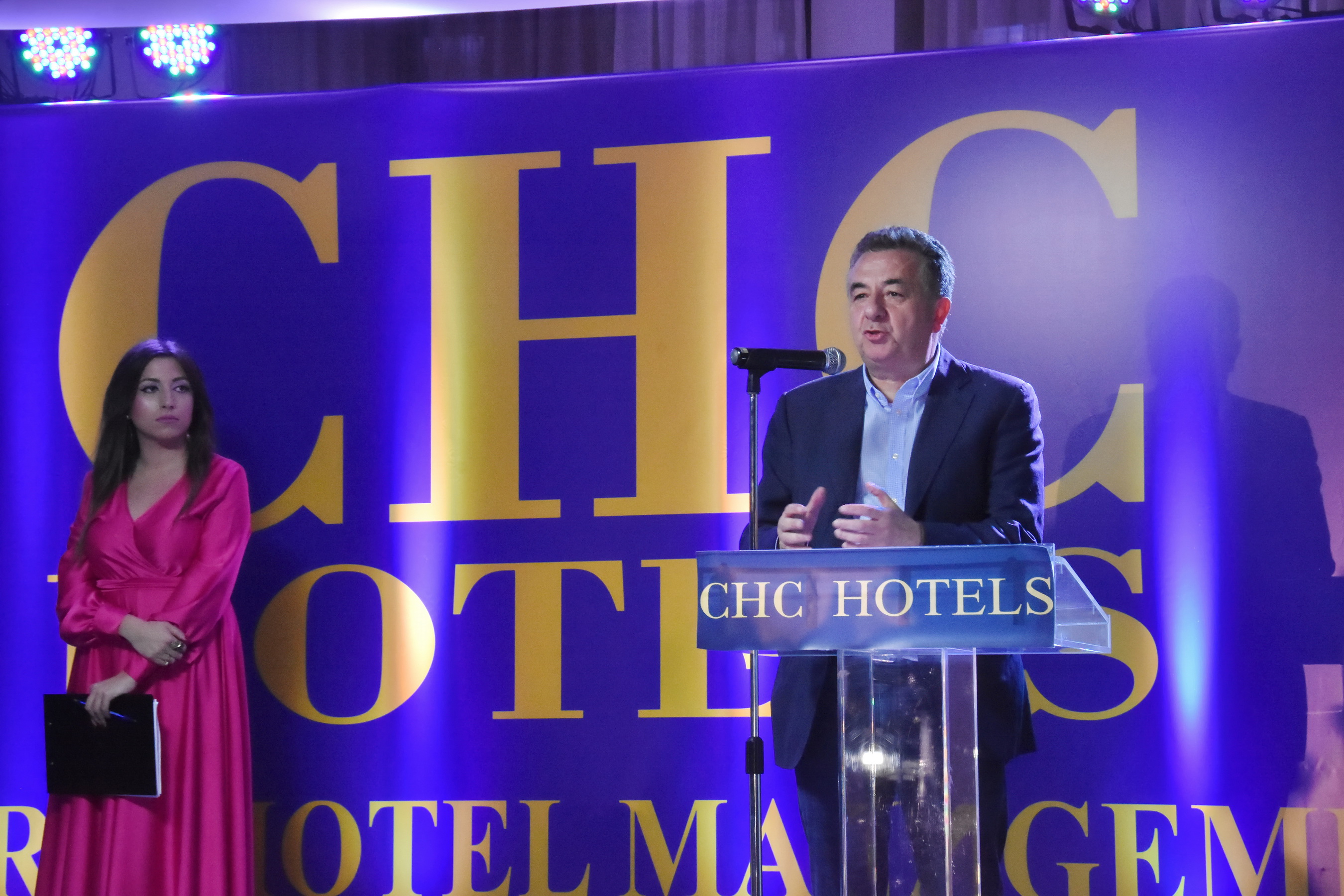 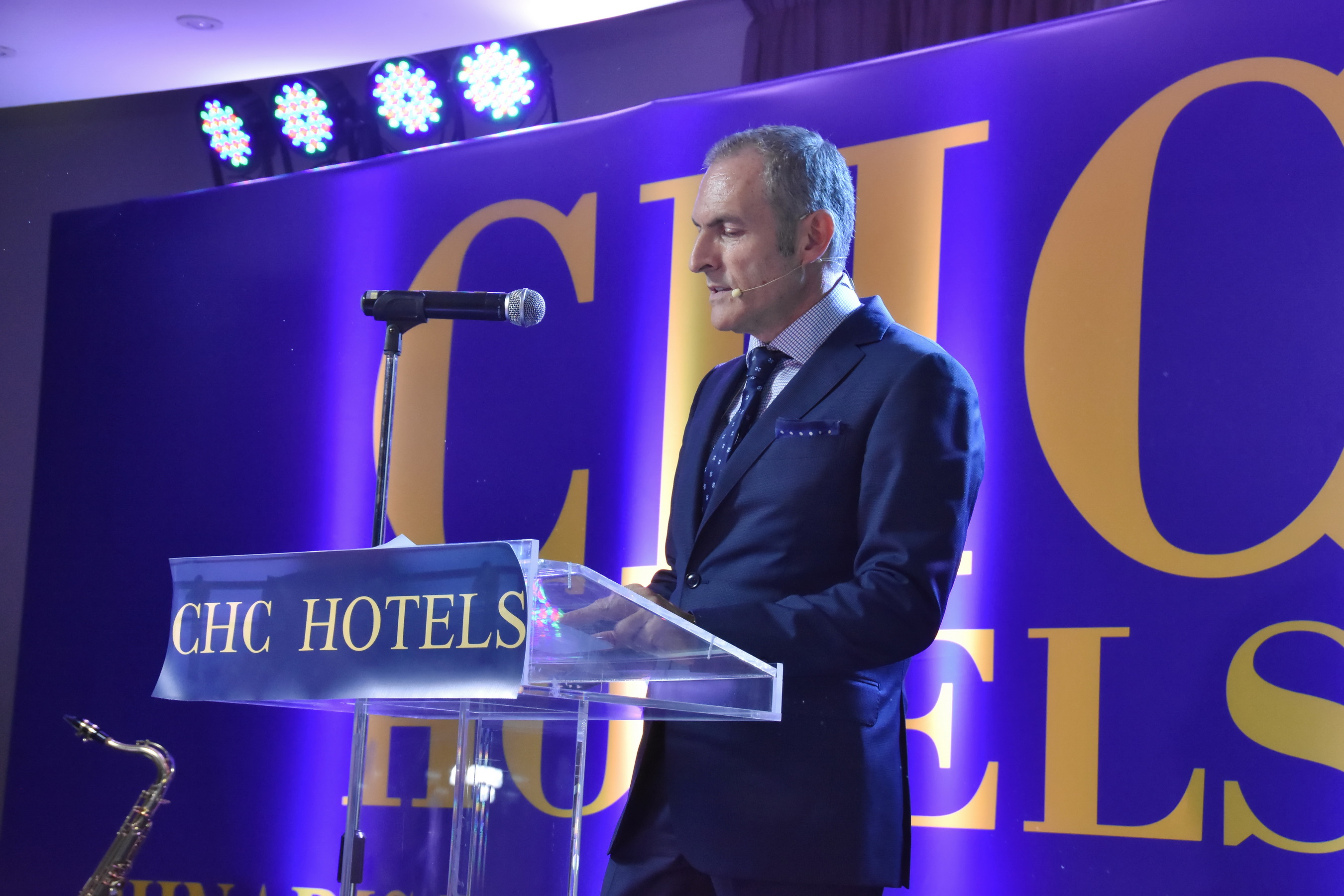 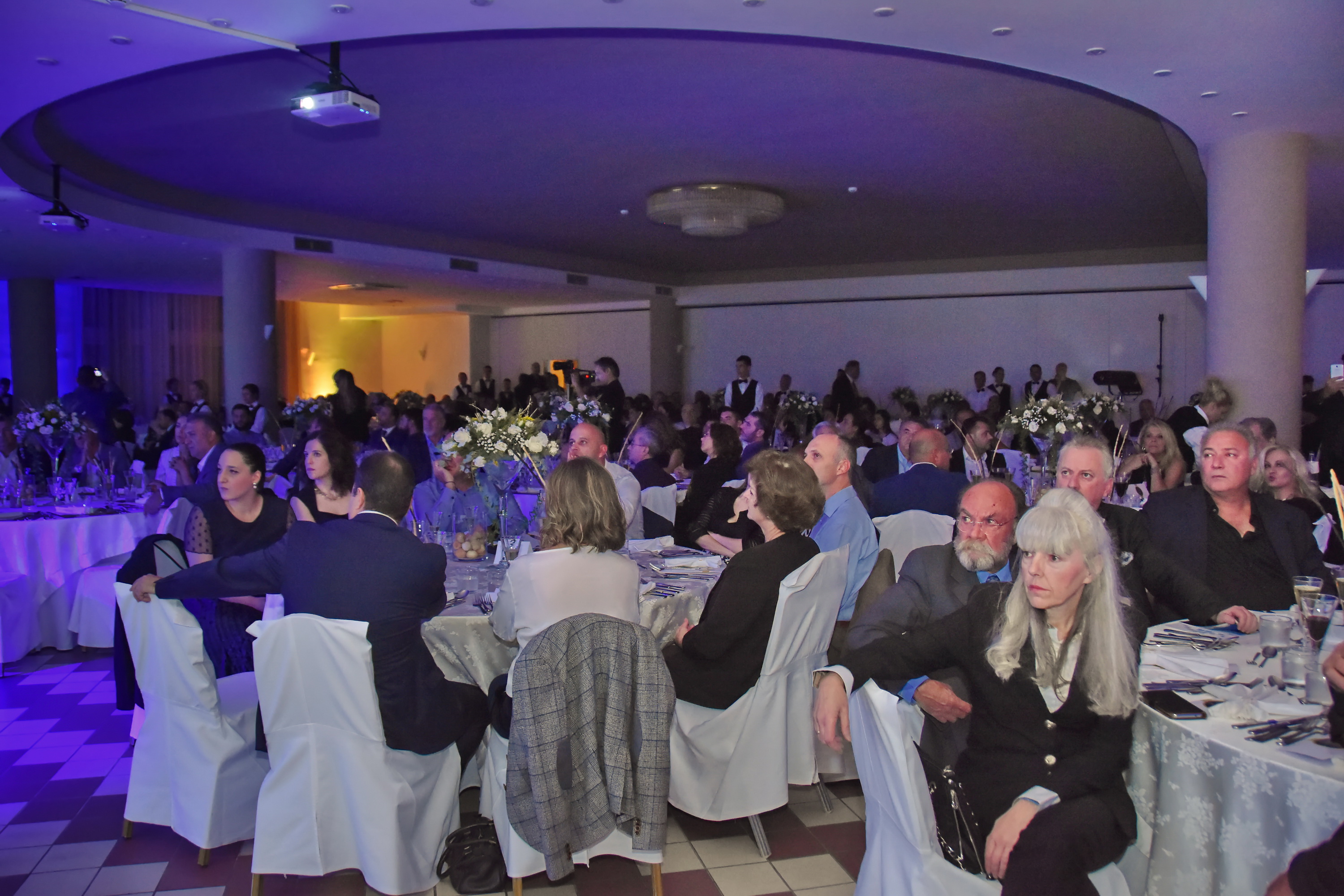 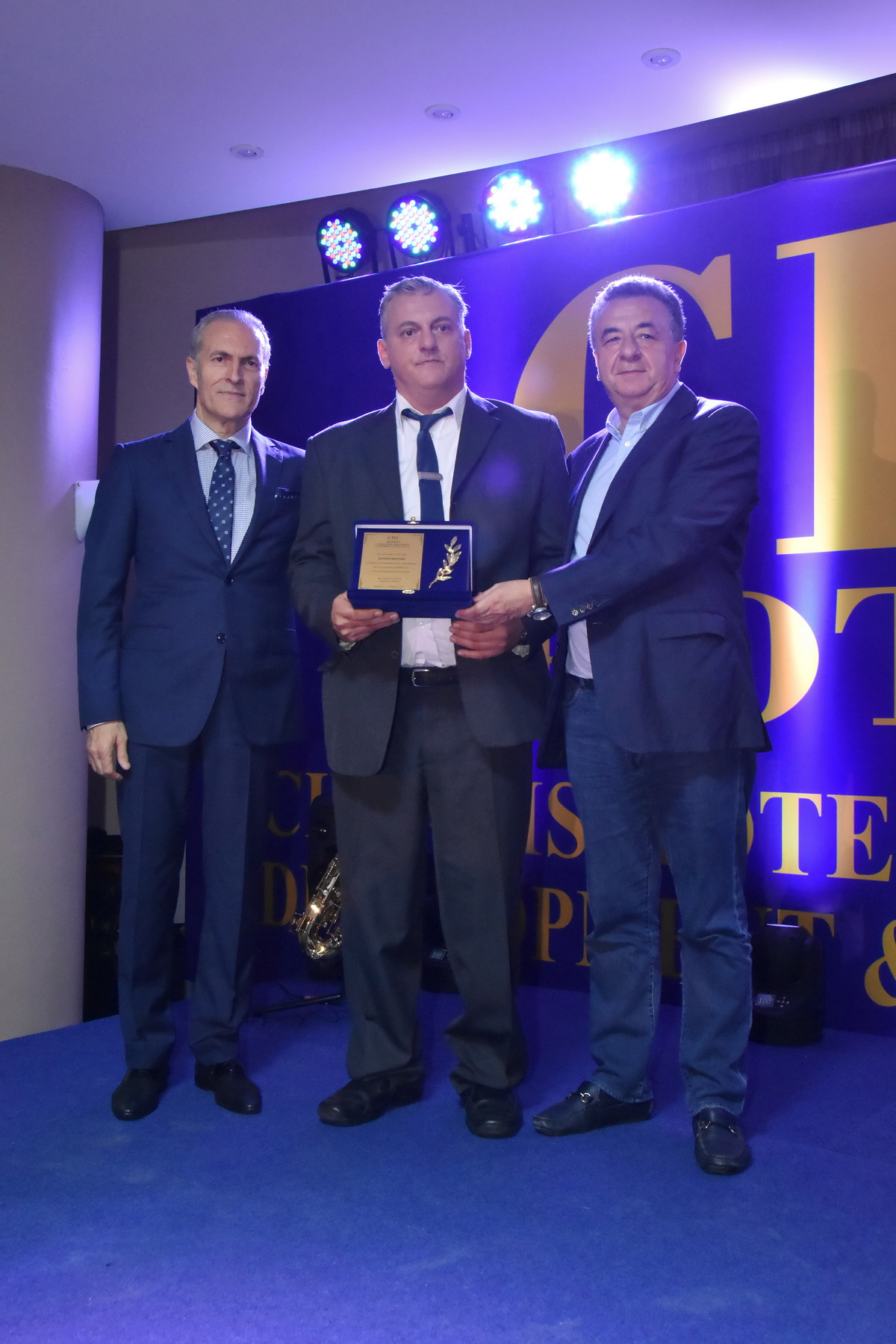 Chnaris Hotel Management Development and Consulting S.A., which surely knows all necessary success secrets for the hotels’ development, correct operation as well as their profit maximization, celebrated its 12 successful years in tourism business holding a great celebration event.
The company’s founder and CEO, Zacharias Chnaris, announced the company’s expansion abroad, while he also stated proudly that all 40 hotels under the company’s management have achieved the number of one million overnights with a total turnover of 64 million euros.
“Both I and all of my cooperators do own the experience as well as the profound know-how in the field of tourism industry and we love what we do. This is the main reason why we always try for the best outcome and we do achieve our ultimate targets”, he said.

The great event
The CHC Golden Night 2017 at CHC Athina Palace Resort & Spa, in Made, Agia Pelagia was held and attended by hundreds of invitees with the participation of the Head of The Region of Crete Mr. S. Arnaoutakis, the Mayor of The Municipality of Malevizi Mr. K. Mamoulakis, the member of the European Parliament Mr. M. Kefalogiannis, The President of the Heraklion Port Authority Mr. Ap. Filippis, the Deputy Head of Region in the Primary Sector Mr. M. Chnaris, the President of the Municipality Assembly of Malevizi Mr. M. Antonogiannakis, The President of the Greek National Tourim Organization Mr. A. Stratakis, regional & municipal officers, representatives of institutions, local authorities, hotels, members of tourism industry and journalists.
All the guests had the opportunity not only to watch the presentation of the Chnaris Hotel Management Development and Consulting S.A 12 successful years in business, its activities, its collaborations, its targets as well as future plans as regards to the tourism field both in Greece and abroad but also the award giving ceremony when the Head of the Region of Crete Mr. S. Arnaoutakis gave out all special awards to the company’s hotels – cooperators.

The Awards
The hotels which were awarded are:

The Financial Reports
During his speech, the company’s founder & CEO, Mr. Zacharias Chnaris, after having welcomed his invitees, he presented not only his personal path to his successful career but also the company’s development since the moment of its establishment till today. He also presented its collaboration with the 40 hotel properties, the visitors’ numbers in 2017, which came up to 134.729, with an average occupancy of 93%, the number of overnights which were even more than one million as well as the total turnover which reached the 64.000.000 euros.
He also presented the wages & salary costs which held the 22% of the turnover, the Food & Beverage cost, which was the 14% of the turnover, the operational costs which were 12% of the turnover as well as the gross operational cost which came up to 52% of the turnover.

The Mentors
There was a special & really emotional moment when Mr. Z. Chnaris referred to 2 of the leading personalities in the field of tourism, the dearly departed Mr. Kostas Mitsis & Mr. Zacharias Mourikas, who as Mr. Chnaris said, were his mentors and the people who mostly affected him throughout his whole career. Mr. Zacharias Mourikas was also awarded with an Honorable Mention Award, which was delivered to his son Pavlos Mourikas.

The innovation is that all of the services are also available separately, always according the personal needs & demands of the company’s hotels – partners.

The CEO & founder of Chnaris Hotel Management, Development & Consulting S.A., Mr. Zacharias A. Chnaris, as well as the Administrative Team of the company are executives who have possession of mastery and lots of experience in the tourism industry, with a multiannual experience in the application of the most up-to date methods of organization and administration, which can only guarantee positive outcomes.
The most characteristic quality of Chnaris Hotel Management, Development & Consulting S.A. is that it pledges and guarantees high quality, complete customer satisfaction, increased revenue and maximized profitability for the hotel owners. Today Chnaris Hotel Management, Development & Consulting S.A. cooperates with more than 40 hotels and villas around Greece, has expanded its activities to Cyprus and it is getting ready for its expansion to FYROM in 2018. It has also commenced negotiations with hotel owners in Turkey and in Bulgaria. The company has really stood out for its provided services and it has recently been awarded with the following awards:
“Excellence in Quality- Award 2017”, awarded during the International Convention of “Excellence in Quality”, Lucerne, Switzerland
“Excellence in Business Award” which will be awarded during the event “BIZZ 2017” in November 2017, in Burj Al Arab, Dubai